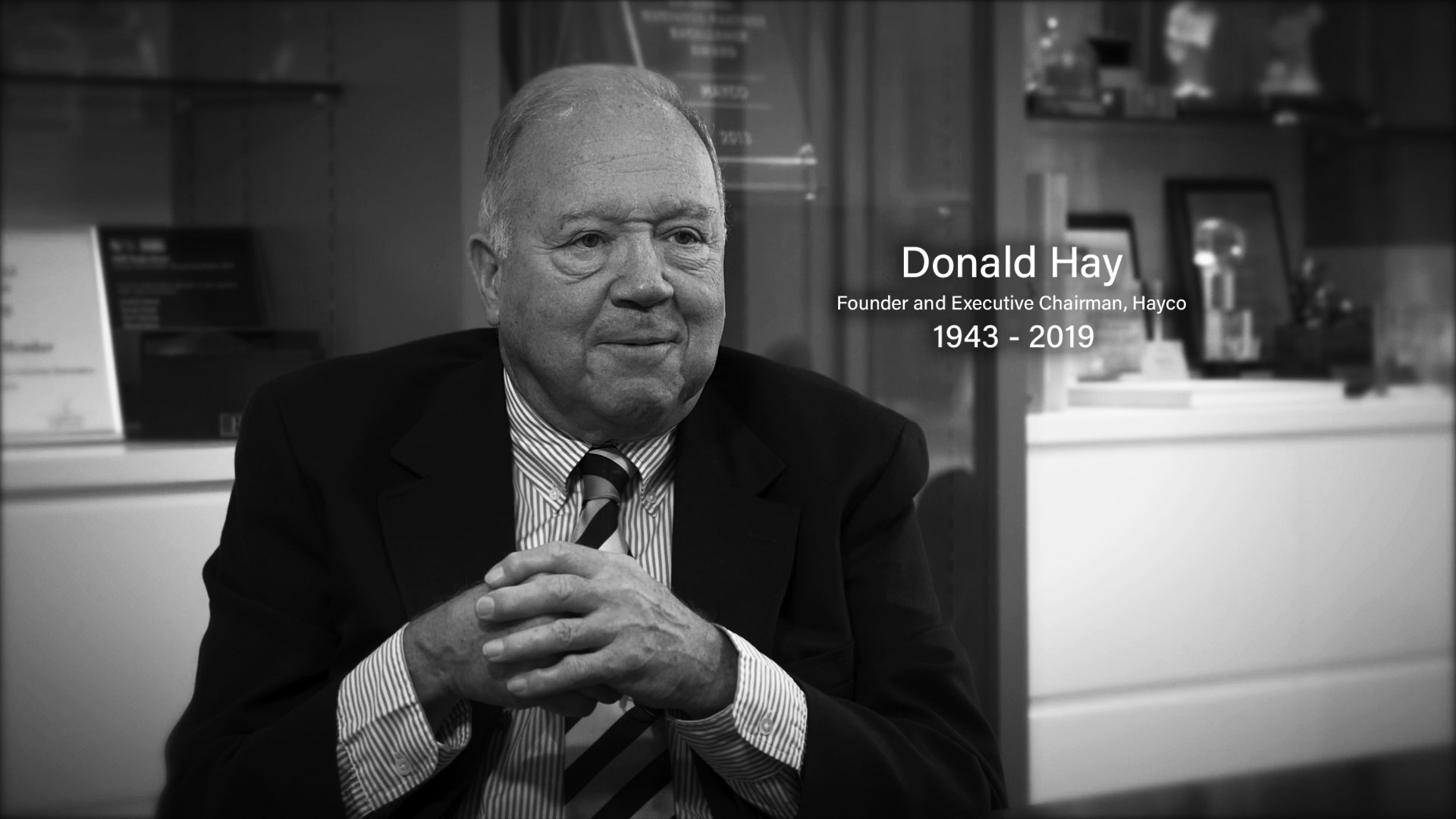 It is with deep sorrow that we announce the passing away of Hayco’s founder and Executive Chairman, Mr. Donald Hay on the evening of July 17th 2019 in Sydney, Australia.

Mr. Hay founded Hayco 36 years ago. He initially worked with his father, Mr. Frederick Dean Hay at the South Australia Brush Company Ltd (SABCO), a highly regarded and successful brush making company, which had been established by his grandfather, William E. Hay, in 1892.

His work with SABCO, required him to travel extensively in Asia, including China and Hong Kong, at a time when manufacturing in the south China area in particular, was driving massive growth and development. It was witnessing this that proved to be the spark that ignited his entrepreneurial spirit.

He moved to Hong Kong in 1983 and established Hayco, a brush manufacturing factory in Shenzhen. His enthusiasm, boundless energy, and can do spirit, were attributes which enabled him to attract and retain dedicated key management staff, and build a successful business from scratch in a highly competitive and challenging environment.

Hayco is now a leading, high quality, multinational contract manufacturer, of a wide range of innovative consumer goods, serving many of the world’s leading consumer goods companies in Europe and the United States of America. The company is highly regarded and received numerous awards and accolades from its customers. It employs over 6,000 employees, with nearly 4,500 in manufacturing plants in Shenzhen, southern China, and nearly 1,500 in the Dominican Republic, and has its headquarters in Hong Kong.

Mr. Hay’s son, Christopher Hay, the CEO of Hayco since 2013, has and will continue to lead this company in the spirit of his father. Christopher and his executive leadership team are committed to serving our customers with innovative products, best in class quality and service that has been established over the past 36 years.